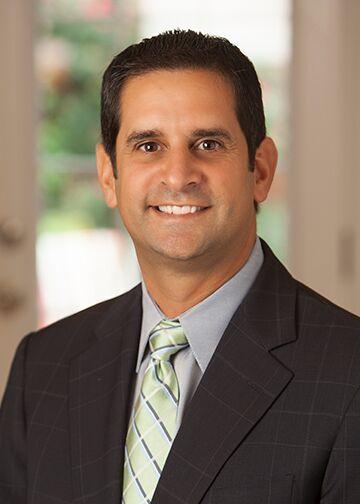 George Stabolitis, was born and raised in Winston Salem.  He graduated from RJ Reynolds High School and then earned his Bachelor of Science degree in Business Administration from the Kenan Flagler Business School at UNC – Chapel Hill.   His strong work ethic, attention to detail, and his resources in and around Winston Salem give him the ability to exceed his client’s expectation throughout the buying/selling process.

After earning his degree, George took a position with a local bank in their Branch Management program.  He was raised in the restaurant industry and when the opportunity arose he left the bank to become a partner and operate one of Winston Salem’s landmark restaurants.  His love of helping and connecting people led him to real estate in 2008.  He quickly found a passion for the business and through his life long commitment to customer service decided to make a full time career in the real estate industry.

George’s wife Ashley is his strongest supporter.  They have two children John and Victoria that attend RJ Reynolds High School.  George is an enthusiastic member of the community and enjoys playing golf, coaching youth sports, and spending time with family and friends.  He is an active member of the Greek Orthodox Church in which he has served on the Parrish Council for three different terms.  He also Co-Chaired the church’s first project with Habitat for Humanity.  George and Ashley are avid supporters of the Hospice and Palliative Care Center.  George is currently also serving on the Board of Directors of Home Builders Association of Winston Salem and is serviing as President of the Remodeler's Council 2021.

Are you moving away?  I can help you find an agent anywhere you move that has the same level of professionalism and expertise as you expect from me and LRB.  We have a network of agents all over the world that that have executed over 1 million transactions.  You will receive World Class Marketing and Resources - allowing the very best in service.

To provide unparalleled service to their clients by combining their talents and maximizing their knowledge of the local area George has partnered with Eddy Forrest.  We look forward to serving you!